ASPA is the vision of Chaurcey Boyd, a semi-retired Computer Software Engineer. In addition to his own life, Chaurcey's interest is in helping others especially family and friends to achieve greater success regarding the dual complementary functions of spiritual development and socio-economic development. These dual components are critical to quality of life on earth and preparation for a quality eternity.

The app will eventually exist in both desktop and mobile versions with both similar and different functionality. Both are these are currently under development and testing and may be accessed from the menu. The mobile version currently targets Android and has not yet been released through the worldwide app store(s) but may be downloaded in APK form for review and testing. If you download the APK and it will not install I recommend you also install the APK Installer (e.g., by Mobile Manager) from the Google Play Store as some phones require an APK installer to install APKs not coming from the public Google Play Store.

The App arose out of Chaurcey's desire to have convenient relative comprehensive access to socio-economic data. The App populates internal databases from a variety of government and non-government sources. The App also conveniently packages a number of links to socio-economic related external government and non-government website pages. Of course, owners of these pages may move them as they resign their websites so some of these links may eventually not work. If you find any broken links, please send us a note and we will attempt to identify the new location or remove them from the App.

This App allows the display of various US Census, Criminal Justice, including but not limited to marriage, education, and labor/employment data. The App captures and displays interesting and related US Census sex, racial and other Census data for comparative analysis in some functionality. Criminal Justice information includes arrests, officers killed/assaulted, citizens deaths due to encounters with law enforcement and in custody of law enforcement, and other crime-oriented information.

Access to the comprehensive database (Fatal Encounters) of citizen deaths associated with encounters with law enforcement is provided with associated analytical processes.

The App's functionality is intended to include querying data at various levels such as national, state, county, city, Metropolitan Statistical Area (MSA) and people groups such as sex and race depending on data availability. In some queries charts such as Pie Charts are available. For some statistical displays, census data is provided for relative comparative analysis. However, one should be mindful that census data like all statistical data of this type is not precise but is intended to give one an idea of what might be and probably is going on.

The app currently primarily uses Census and Criminal Justice data that is comprehensively easily available at the national and in some cases the state level and in some functionality other levels such as county and city. Additional data types/scopes and years are added as available and time permits.

Let's Get In Touch!

Ready to start your next project with us through purchase of one of our products or services? Give us a call or send us an email and we will get back to you as soon as possible! 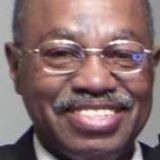